Home Stories I am a survivor of a chronic condition called “Obesity.”

I am a survivor of a chronic condition called “Obesity.” 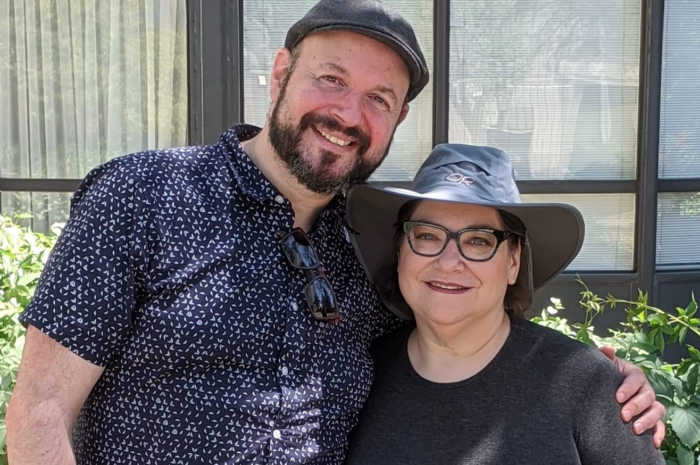 My name is Andrea Levy. I am 53 years old. I am a daughter, a wife, a mother and, a friend. I am a survivor of a chronic condition called “Obesity.”

When I was eight years old. I went to my pediatrician for a yearly checkup. I remember his harsh tone as he told me that I had gained 20 pounds in a year and that I should stop eating so much. To this day, I remember the helpless feelings and shame that washed over me. My feelings of shame persisted at every yearly visit to the doctor.

Through my teens and into adulthood, I tried what seemed like every diet under the sun. Sometimes I lost weight, sometimes I could not get through a day. When I was lucky enough to lose weight, I could never keep it off, resulting, in a yoyo the size of a behemoth roller coaster. Relatives who meant well spoke freely to me about my weight. You know the drill. “Think about how much better, prettier and, more likely to find a husband you would be if you lost weight, “they said.  “Sure, I thought, I’ll get right on that.” Sigh.

I thought of myself as a glutton and considered it a moral failure that I had so little self-control. After four and a half decades, I gave up. I understood that I was killing myself. I did not know how to stop. I thought that my children and husband would lose me early. I knew I was going to drop dead of a heart attack or a stroke. I am five foot one and weighed 315 pounds.

Trying to find a solution

I tried to get help by attending the Anxiety Clinic at St. Joseph’s Hospital in Hamilton. For many years, the doctor, nurse and I worked towards finding answers to stop my disordered eating. The process very helpful in general, but we were not able to find a solution to my maniacal eating.

For ten years before my life changed, I owned a catering business, and later, a seasonal restaurant in Niagara Falls, Ontario. While I did not exercise I was not sedentary and trained for and took part in two half-marathons (walking) in 2013/14 at over 300 pounds. The array of physical issues started to add up.

Issues Caused by my Obesity

I avoided going for medical checkups, although I did pursue health care as needed. The number of times I was fat-shamed was almost as many times as I went to the doctor. Children pointed at me in the street. I heard the giggling. I prayed I was not embarrassing my children.

I was switching to a new family doctor when the pandemic hit, so I have my medical records. It is amazing to see the number of issues that I had:

Boils and cysts all over my body (chronically)

Painful ulcers on my tongue that would not heal

Numbness in my hands, even after CT surgery

A vast array of allergies

A feeling of imminent doom that would never leave me 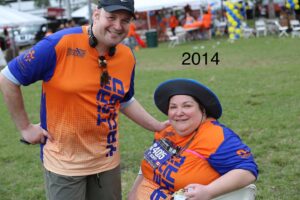 In May of 2017, my ophthalmologist diagnosed me with Proliferative Diabetic Retinopathy. Amazingly, I was not yet diabetic. My Hemoglobin A1C (A1C) was 6.4%. My doctor advised me that if I did not heal, I would require surgery that might not work. Blindness was imminent, and I could not control myself with food. I KNEW I was going to go blind. As I left the office, he said “Keep your blood sugar low and stable. If you have the choice between low and stable, choose stable.” I had no idea how important those words would be.

I ate lunch with my father and sister after the appointment and, for the first time ever, lost my appetite. Looking back, I see that after my half-hearted lunch, without intention, I fasted until the next day.

That night, I researched stable blood sugar and found a blog by a Type 1 Diabetic (T1D) man. He was experimenting on himself, by recording what he ate and his blood sugar afterward. He spent two months controlling his blood sugar with insulin and eating the way recommended by the conventional medical system. He then spent two months controlling his blood sugar by eating a low carbohydrate diet needing less insulin. After four months, he graphed his blood sugar and found that his A1C was around 7.0% with both methods. I was struck by the insulin-controlled graph, which had huge swings. The carbohydrate-controlled graph was relatively flat. God bless that man. I did not think to bookmark his blog and never found it again, but his self-experiment set me on the path I needed to be on.

I remembered having read the original Dr. Atkins Diet Revolution book many years ago. I recalled his surprise at the changes in blood glucose and other markers in his low-carb patients. Something clicked. I decided not to eat anything that could cause my blood sugar to swing to lower and stabilize my blood sugar. I hoped my eyes would heal. My goals were to get my blood sugar down and to maintain any weight loss. Looking back, the second part was ridiculous because I had never kept the lost weight off before. Timing is everything.

My goal wasn’t to lose weight. I wanted to keep my eyesight. I learned about diabetes and soon understood that there were three macronutrients in food: Fat, protein, and carbohydrates. Carbohydrates would raise my blood glucose most (and cause an insulin reaction. Protein caused less of a blood sugar and insulin reaction. Fat has minimum effect on glucose and insulin. I realized that I needed to avoid carbohydrate-heavy foods.

Later, I told my husband about my retinopathy. I said that I would be attempting a low-carb diet. I went to bed (having not eaten since lunchtime), and the next morning got up. I probably made eggs for breakfast. All day I stayed away from carbs and ate till I was full. I looked up each food I ate to learn how it would affect my blood glucose. On day two, at lunch (which was a two-course meal for religious purposes), I had a bizarre feeling. I could not take another bite. Nausea struck me. I realized that I was full. My body was telling me not to eat any more food! I hadn’t felt truly full in 45 years!

There is never a good time for a health crisis

During this crazy period, I was preparing to open my seasonal restaurant in Niagara Falls. I keep kosher and there was no other kosher food there (until I opened), so I ate a lot of eggs. I added menu items that I could eat to the menu. My restaurant served great fast foods that I loved, but I did not eat anything that could hurt me.

I didn’t limit my food intake and lost weight rapidly (I started at 315lbs and 5ft 1in.) When I followed up with blood tests three months later, my A1C had lowered to 6.2%. I’d lost fifty pounds yet I was so disappointed with my A1C! My doctor cheered me on, saying that it was uncommon for people to reverse their A1C without medication. He told me to keep at it. So I did.

Six months later, at my eye checkup, my A1C was under 6%, I had healed my eyes and my ophthalmologist was very happy! I told him that his advice to keep my blood sugar stable had mostly resolved my disordered eating. I send him an email update once a year!

Miraculous changes took place in my life because of retinopathy.  I have resolved my litany of woes and ills. In addition to a 110-pound weight loss over the past four years, I feel great. My head is quiet and my ability to concentrate is better. Cravings to eat at inappropriate times are drastically reduced. When I give in to them, I have strong boundaries about what I will or will not eat. I don’t go off the rails. I never touch the foods that could bring back my diabetes. My last HOMA-IR (to test for insulin resistance) showed that I was becoming insulin-sensitive again. I changed my lifestyle and replaced my harmful behaviours with positive ones. I am living far from my old baseline but it is the path of least resistance for me.

I realize that, at 205 pounds, I am morbidly obese. Today, my obesity is not something that gets in my way. All of my health metrics are going in the right direction. I have developed endurance through exercise, which I did not start until 2.5 years later when I had already lost 90 lbs. There’s a long list of non-scale-related victories. I am enjoying my life daily. I did not think it was possible to have happiness and health before hitting a goal weight. I can honestly say that if I never lose another pound, I’ll still be happy as long as I feel good!