‘Enough Was Enough’: The Ugly Truth About Weight Stigma In Public Health 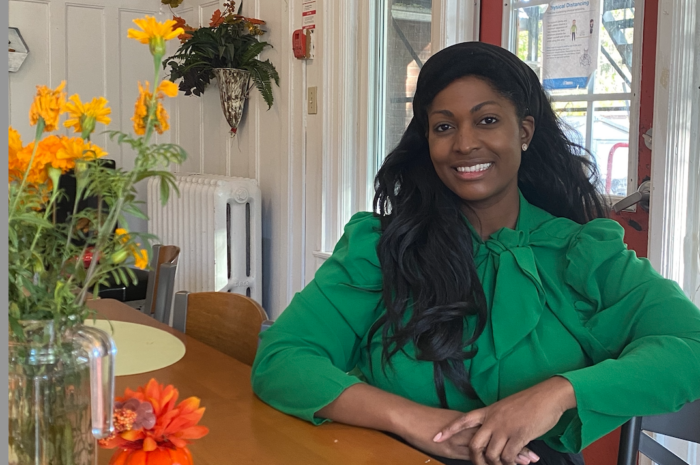 Talena Jackson has felt the damage weight bias can cause firsthand. As someone living with obesity, Jackson’s story and experience with stigma is all too common in a society that continues to view obesity as a lifestyle consequence instead of a chronic disease.

Weight stigma has become ubiquitous, infiltrating everything from media and education to the workplace to – maybe most concerningly – the healthcare sector. And it is within the healthcare system that Ms. Jackson has seen these biases reflected time and time again.

As a patient advocate who works as a senior manager of housing, client care and experiential learning in the mental health sector, Ms. Jackson has felt weight bias not only as a patient, but as a colleague. From people who also work in healthcare. People who should know better.

“I have experienced weight bias from colleagues who were so preoccupied with my body and how I was living in my body, that it took their focus away from providing quality care to service users,” Ms. Jackson said. “During those moments, shame crept up beside me like an unwanted, but familiar friend. I retreated into my proverbial shell to protect myself from the harm that came from their mouths.”

And when you understand the effect weight bias can have on people living with obesity, it makes Ms. Jackson’s situation with her co-workers seem all the worse.

According to a 2015 Canadian Health Measures survey, around 30 per cent, or more than one in three Canadian adults is living with obesity – a main cause of type 2 diabetes, heart disease, some cancers, stroke, high blood pressure and arthritis.

So, when you’re constantly told that it’s your fault you carry extra weight and that all you must do to lose it is lay off the doughnuts and work out more, why would you bother going to the doctor or seek proper care? What if it was your own doctor or someone working in healthcare who told you that?

The shame that people like Ms. Jackson feel after being told their obesity is solely their fault is a crucial segment of this vicious circle.

The disease causes weight gain. The person is shamed into believing the weight gain is their fault. They avoid medical care. Health issues worsen. The weight gain continues.

The weight gain people like Ms. Jackson have experienced has little to do with willpower and much more to do with biology and genetics. Neurochemical processes in our brains, handed down through genes, are what determine our individual level of hunger and cravings. So, perpetuating the false narrative that obesity is the result of poor choices does little to help people who are genetically predisposed to the disease.

It should not be a surprise, then, that people living with obesity and overweight are also more likely to suffer from crippling anxiety and depression.

“Many individuals who have obesity also struggle with issues related to their mood, self-esteem, quality of life, and body image,” states one 2018 study. “This emotional distress likely plays a role in treatment seeking but also can impact successful treatment.”

But weight bias in healthcare – or in any other instance – is not a blanket phenomenon that covers everyone living with obesity equally. When we introduce other factors like race or sex, we see the biases multiply exponentially.

Racial discrimination in healthcare is already a serious problem all on its own. Racism’s impact on the health of people of colour, Indigenous people and other marginalized communities is deep and varied and can affect virtually every aspect of health from pregnancy to mental health to pain treatment.

Black people tend to have a lower life expectancy than white people, they have higher blood pressure on average and have a harder time accessing emergency care. BIPOC (Black, Indigenous, People of colour) are also less likely to get vaccinated and are more likely to die from COVID-19.

It is no different for BIPOC or others in marginalized communities who live with obesity. In fact, there is plenty of evidence that racism and obesity are linked and that the higher-than-average rates of obesity in racialized communities are, in part, a product of racism.

According to Dr. Sean Wharton, medical director of the Wharton Medical Clinic, a community based internal medicine and weight management clinic, Black women lost less weight at his clinic (there were more than 9,000 people in his study) than white women. But it was not because the Black women didn’t try as hard or that they participated differently, it was due to a lack of access to care. 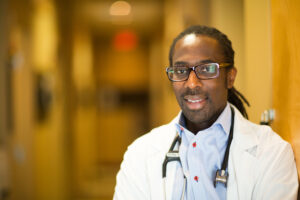 “We could not reach them, they could not reach us,” Dr. Wharton said in a lecture on Black health at the University of Toronto. “The system was not built for them, but for those with privilege. The ability to take time off.”

Pain treatment is another aspect of the healthcare system where racial discrimination has played a prominent role dating back centuries.

There is a longstanding, incorrect and racist belief that Black people have a higher pain tolerance than white people. But not only is it bizarre enough that people today actually hold this belief, one study found that a substantial number of medical students and residents also believe this same falsehood. It goes without saying that a belief such as this could have dangerous and deadly consequences for a patient.

Ms. Jackson, a Black woman herself, has personally felt the effects of this implicit racial bias. Ms. Jackson experienced a medical staff member ignoring her questions and then acting in a physically aggressive manner during a recent ECG.

After calling out the staff member for her over-aggression, the issue was resolved. But Ms. Jackson believes the incident was a prime example of the pain tolerance myth.

“This myth is deadly as it has led to misdiagnosis and early death,” said Ms. Jackson. “As a Black woman, I want to actively dismantle that myth. It is absolutely not true; I do feel pain and want the healthcare community to hear me loud and clear.”

So how does the medical community reach more BIPOC or those in other marginalized communities? How do we bridge the gap, break down the barriers to proper care and end the stigma against people living with obesity, particularly those of colour?

Outside of the general public, which must be a vocal proponent of proper care for the needed change to take place, a large portion of the work falls on the shoulders of corporations, educators and health care providers.

All three should be educating people about obesity the disease, how people are affected by it and what it means for people who live with it. Employers can do this by focusing on protecting employees who live with obesity by raising awareness and helping them gain access to proper treatment through benefits.

Meanwhile, caregivers must address the inequality in access to care and weight stigma present throughout healthcare settings through education. Weight stigma is pervasive and entrenched in health care – even among professionals specializing in obesity.

“The conscious and unconscious stigmatising attitudes held by healthcare professionals is a reflection of (1) exposure to consistent and widespread weight stigma,” according to a journal article published in The Lancet, “and (2) the lack of training and education for healthcare professionals about the complexity of obesity as well as how to avoid bias and stigmatising attitudes that may impact care for [people living with obesity].”

Encouraging the use of people-first language in the workplace, health care settings and in schools can help those living with obesity feel accepted, respected, and equal.

Technology-based care and telemedicine is another way health care providers can reach communities where people have restricted access.

Dr. Wharton has made it an emphasis of his practice.

“We have been working on solutions to correct this [issue] by using virtual care to reach women in their homes and also at work,” he said.

The rise of these tech-based solutions during the COVID-19 has been appealing to a great deal of Canadians according to a study done by the Canadian Medical Association.

The study found a 91 percent satisfaction rate among people using virtual care during the pandemic with 75 percent believing that the virtual method could solve some of the existing issues within our healthcare system. 46 percent said they would prefer the virtual method be their first point of contact with their doctor.

Telemedicine is not only a good way to reach people unable to get to a doctor or hospital easily, it may be a necessary tool for health care professionals amid a post-pandemic surge of people looking for care after delaying it for much of the last two years.

There is no shortage of work to be done in the health care sector to help people access the care they deserve while dismantling the discriminatory systems in place. At Obesity Matters, we are having these tough conversations and cultivating a community of like-minded individuals who want to see change happen.

We have lived through and experienced the effects of weight bias coupled with racial discrimination and are calling on people from all walks of life to recognize and help change the dialogue around obesity.

On December 1, both Ms. Jackson and Dr. Wharton will join Obesity Matters as part of our Eat, Play, Love series of events for a conversation around weight stigma in public health and how it affects people, particularly those in the BIPOC, LGBTQ+ and other marginalized communities.

In the meantime, Obesity Matters is focused on empowering people to be their own advocates by arming them with the information and knowledge they need to fight for the care they deserve. Becoming your own advocate is a powerful and effective way to push back on the flawed system.

Ms. Jackson has made a concerted effort to advocate for herself, and her story is a shining example of how someone can take control of their health and care.

“I was fed up with how I was being treated and decided enough was enough. I began doing research on family doctors in my city and when I found a health care centre, I felt would be responsive to my needs, I promptly switched and now have the best care where I’m actually happy to see my doctor,” she said. “Remember the scene in The Wizard of Oz where Dorothy is skipping along the yellow brick road? That’s how I look when I see my doctor. And I want everyone to feel that way.”

Article is made possible by support from Novo Nordisk ® Canada. 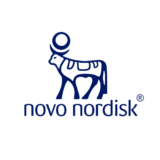